The West Fargo Historical Center has information on many facets of West Fargo and the surrounding community, along with its citizens. Special attention to the following information is provided:

Materials may not leave the Historical Center/Library premises.

HeritageQuest Online: Comprehensive source for family history research. Available from Inside the Library or From Home.

View a list of some of our recommended genealogy resources, ranging from the North Dakota Division of Vital Records to the National Archives of Norway. 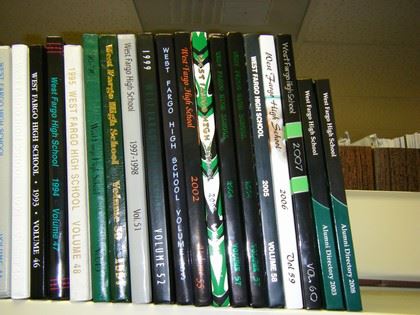 To collect, preserve and present the history of West Fargo and the West Fargo School District. To entertain and instruct the public. To support research of both local and family history.